Spiritual Direction: An Essential Tool for Ministry in the 21st Century 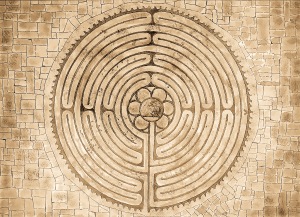 Over the last few decades, the number of spiritual directors in the United States has steadily increased. Amy Frykholm writing in The Christian Century notes that “the dramatic growth of Spiritual Directors International (SDI) illustrates the trend: it had about 1,200 members in 1995 and about 6,000 by 2005, and it expects to have over 10,000 by 2016.” At the same time, the number of people who identify as “spiritual but not religious” has increased as well, up to 33% of the population in the United States according to one recent survey. And all this is happening as a growing number of religiously unaffiliated adults in the U.S. (the “nones”) say “they are not looking for a religion.” While there certainly are a number of reasons for these trends, one distinct possibility is that more and more people in the United States are spurning traditional sources of spiritual guidance—ordained clergy in established churches—and turning to spiritual directors to accompany them on their search for truth and meaning. It appears that organized religion in America is no longer the go-to place for people to take their “real questions…about what matters most, unemployment, children, divorce, terminal illness, life and death stuff” (Gil Stafford, “When Leadership and Spiritual Direction Meet: Reflections and Stories for Congregational Life.”)

So what would it take for local congregations to once again be seen as the obvious first choice for people seeking spiritual guidance? One possibility would be for congregations to have an authentic focus on spiritual formation in all aspects of their ministry—a focus that would inevitably require skilled ministerial leadership. But most ministers do not have the time or the money to be trained as spiritual directors in tradition programs, which generally take two years to complete and cost thousands of dollars. That’s why we are offering the Clergy Seminar Series in Congregation-Based Spiritual Direction—a one year certificate program designed to teach ministers how to incorporate their pastoral care skills into short-term spiritual direction with individuals, gain experience in facilitating small group spiritual direction, and learn how the practice of individual and group spiritual direction can deepen the spiritual life of congregations and other religious organizations.

During each three-day session of the seminar, participants will explore paradigms for congregation-based spiritual direction on the personal, communal, and missional levels. By the end of the training, participants will:

The Clergy Seminar Series meets three times for three-day sessions over a nine month period, beginning in October. Sessions will be held in each of the following locations: Bloomington, Indiana, Saint Paul, Minnesota, and Lawrence, Kansas. Unitarian Universalist and United Church of Christ clergy can register at a special reduced rate of $650. For more information, contact the Rev. Sue Sinnamon at ssinnamon@gmail.com or call 757-254-6389.